The airfield is located approximately 6 miles (~ 10km) by road East of Junction 20 of the M1. Go to Husbands Bosworth village and follow the signs to “The Gliding Centre”.

This is a photograph of our field and the surrounding area. 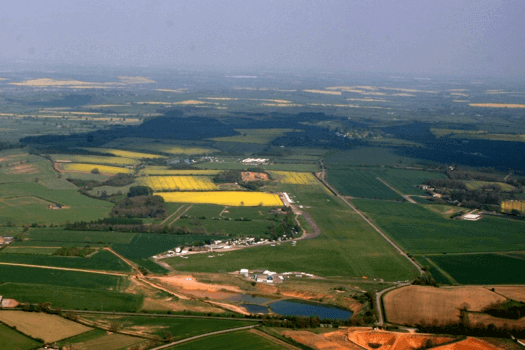 The main runway 27/09 is 6000 feet long and large grids are catered for with plenty of space for tugs and busy launches. 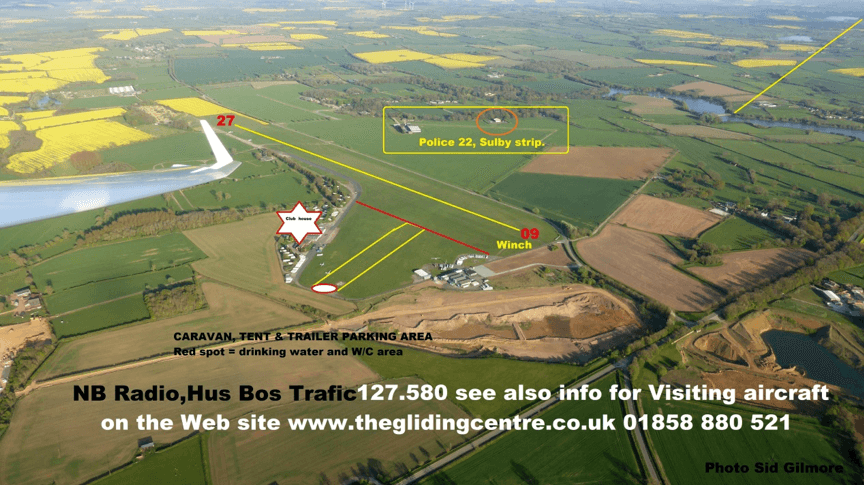 In 1952 two glider pilots found themselves working together in the design department at Armstrong Whitworth Aircraft in Coventry, with the city’s municipal aerodrome on the doorstep. Tiring of the long journeys to other clubs for their gliding, they established enough interest from their workmates to persuade Coventry Aeroplane Club to support the founding of the Coventry Gliding Club at Baginton on 17 March 1953.   After acquiring the loan of aircraft and equipment from the dormant Leicester Gliding Club, the new Coventry Gliding Club was formally established as a company limited by guarantee on the 17th of June 1953

In 1963 the club purchased part of an ex WW2 airfield land near Husbands Bosworth, Leicestershire. The physical move from what was then Coventry Municipal Airport took place in January 1965.

The club is now known as The Gliding Centre and is one of the foremost gliding clubs in the UK, operating 364 days a year. 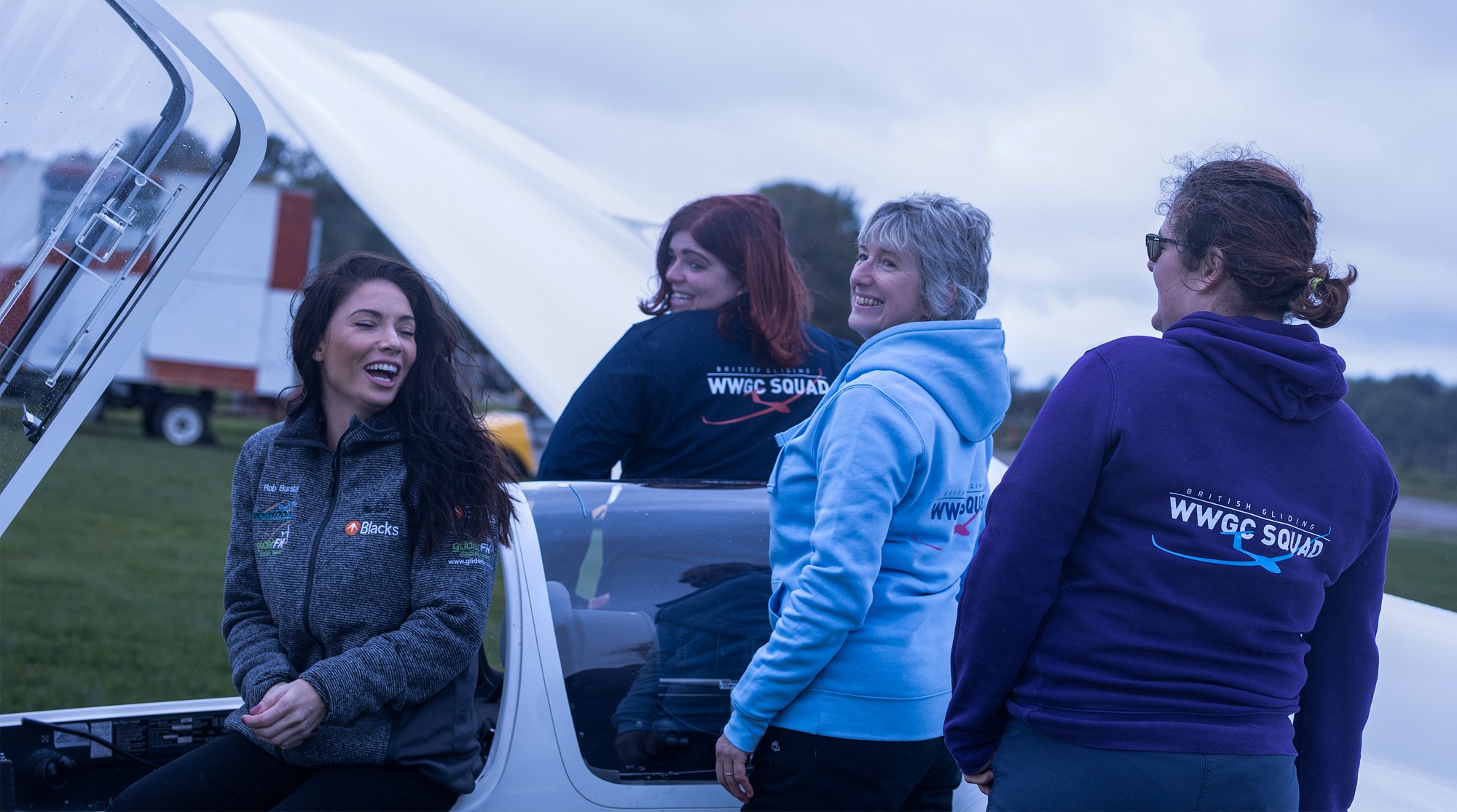 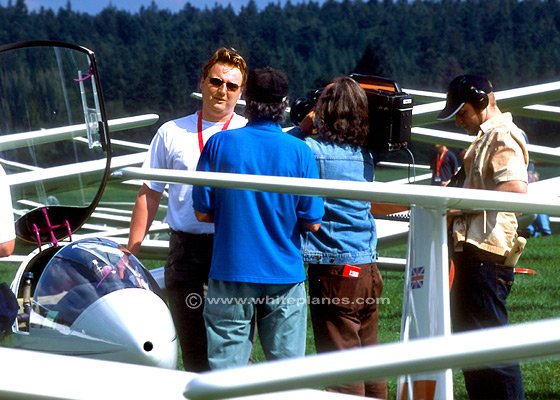